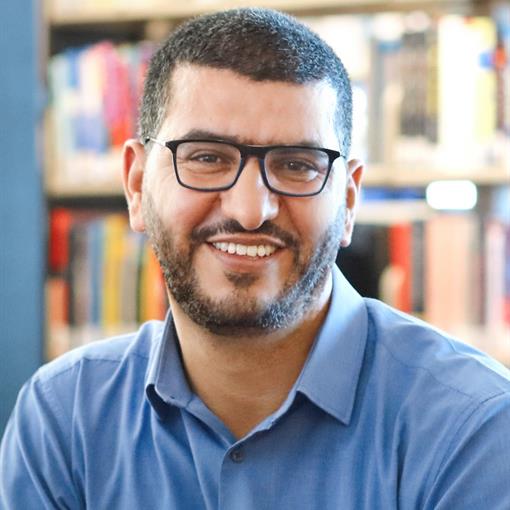 “At KAUST, we can compare the theoretical model with experimental results.”

With computational chemistry, Dr. Abdesslem Jedidi uses mathematical models to predict the behavior of different catalysts, and the success or failure of catalytic reactions, for the creation of hydrocarbons. The behavior of these reactions is governed by quantum theory. Jedidi uses the most powerful tool available, quantum coding, to create reaction models that efficiently balance calculation time and accuracy.

Before he came to work as a postdoc with Professor Luigi Cavallo of the KAUST Catalysis Center (KCC) in 2013, his work in computational chemistry had been purely theoretical. However, access to the expertise and facilities of the KAUST Core Labs enabled an interdisciplinary approach and provided the opportunity for Jedidi to suggest catalysts that performed well in his models for laboratory experiments. After the experiments using these computationally preselected catalysts, he would return again to the mathematical models to explain the observed behavior of the catalysts. Seeing his models brought to life in the laboratory was incredibly exciting.

When limited to the theoretical model alone, researchers can only guess at the true performance of the catalysts. When working only in the lab, researchers are limited to observable phenomena and can only guess at the underlying mechanisms determining success or failure. By combining the theoretical model with the experimental results, much more can be understood and achieved. This is evident from Jedidi’s research productivity during his three-year postdoc at KAUST, when he published nine articles in high impact journals.

Models of catalytic reactions must be very complex in order to accurately predict the experimental behavior of catalysts. However, these complex models are computationally expensive, requiring high performance computing solutions, which few institutions can provide. At the KAUST Supercomputing Laboratory, Jedidi had access to the computing power necessary to run his models. Using Shaheen I (an IBM Blue Gene/P system), Jedidi would perform parallel jobs with up to 32 nodes per job, which allowed him to efficiently represent larger systems and, thus, more realistic models. In 2015, Shaheen I was replaced by the faster Shaheen II, a Cray XC40 system with 6,174 nodes.

Jedidi is always open to discovering new places, but has chosen to remain in Saudi Arabia. He accepted an assistant professor of chemistry position at King Abdulaziz University in 2016. Continued collaborations with his KAUST colleagues have resulted in six papers and one master’s thesis. These strong connections to KAUST, the great learning experience of working with the supercomputing facilities at KAUST, and the knowledge Jedidi gained from his mentors during his postdoc contribute to his value as a researcher and professor.

Dr. Abdesslem Jedidi was a postdoc in Professor Luigi Cavallo’s group in the KAUST Catalysis Center (KCC) from 2013 to 2016. He recommends that students and postdocs take advantage of the local professional opportunities arranged by KAUST, such as the career fair. He is an assistant professor of chemistry at King Abdulaziz University in Jeddah, Saudi Arabia, and is working on several ongoing collaborations with KAUST.